In the wake of hurricane Matthew the eastern part of North Carolina was left devastated by record flooding. 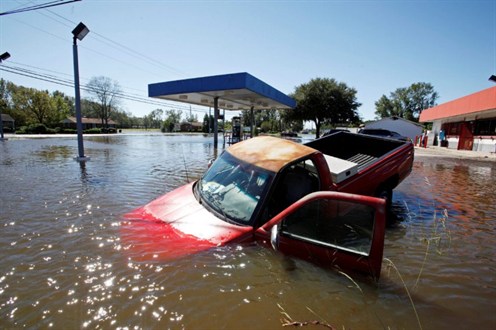 In the wake of hurricane Matthew, the eastern part of North Carolina was left devastated by record flooding. This devastation left many of the main interstates and secondary roads impassable due to flooding and washouts of existing structures.

One area in particular was a triple barrel concrete box structure that runs underneath Interstate 95 in Robeson County NC. The area under the inlet end of the structure had severe erosion due to the massive floodwaters running through it. The void was originally estimated to be about 80 cubic yards in size. After an attempt to repair this in-house, the North Carolina Department of Transportation contacted Applied Polymerics Inc. to provide assistance performing the repair and getting both lanes of the interstate back open.

Applied Polymerics Inc. sent a crew that Monday afternoon to Atlanta to pick up materials. Another crew mobilized to the job site to begin work on the structure. API crews worked relentlessly around the clock injecting an environmentally friendly structural polyurethane resin into the void to start filling the washed out area while working in impossible conditions within the culvert. By Friday afternoon DOT engineers and API determined that both lanes of the interstate could be opened to traffic for the weekend to allow everyone to regroup and resume repairs the next Monday morning.